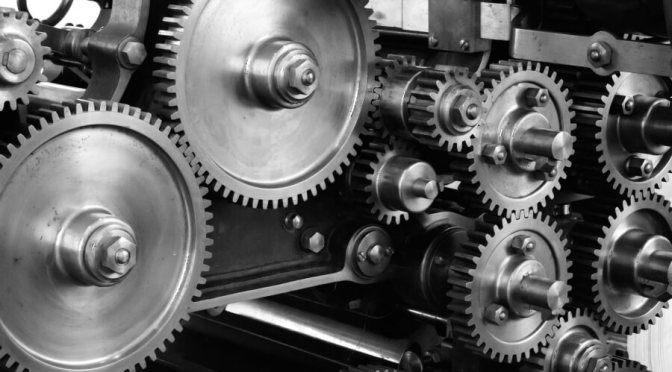 “Crome smiles. “Do you really think I am so shortsighted?” he asks. “The Guild of Engineers plans further ahead than you suspect. London will never stop moving. Movement is life. When we have devoured the last wandering city and demolished the last static settlement we will begin digging. We will build great engines, powered by the heat of the earth’s core, and steer our planet from its orbit. We will devour Mars, Venus, and the asteroids. We shall devour the sun itself, and then sail on across the gulf of space. A million years from now our city will still be traveling, no longer hunting towns to eat, but whole new worlds!”

In a steampunk world, where cities are wandering the land using huge wheels and tracks, a boy becomes witness to the start of a new era. The focus of the book is the city of London, moving now on tracks over the land, swallowing smaller towns and looking for dominance in the new Municipal Darwinism.

Thrown from London and thought dead, victim of fateful event, Tom, Third Class Apprentice to the Guild of Historians, is the protagonist of the story. His adventure brings him to air towns, baloons, pirate suburbs, anti-tractionists, who believe cities should not move, and encounters even cyborgs.

The story is creative, superbly written and the world created is truly a wonder. A film was released in 2018 following the book.

The book seems dedicated to young readers: the protagonist is a boy, many things that occur to him are due to simple luck and the story has many just-in-time moments. However, the intrigue is captivating and there is noir background to the adventure.

A great book to read, particularly for your readers.